Home » Articles and Videos » Pay Off the Mortgage or Invest the Money?

Pay Off the Mortgage or Invest the Money?

One question that we often get from people who have a little bit of extra money to save is whether they should invest that money or use it to pay down (or pay off) their mortgage.

There are two components to consider when answering this question: the emotional and the rational. On the rational side, it’s almost purely a matter of calculating the cold, hard numbers. So for example, if you pay off a debt that’s costing you 4% over 30 years (or however many years you have left on the mortgage), you are, in essence, earning 4% on that money.

But now the question becomes whether you could have earned a higher after-tax rate of return if, instead, you took that extra money and invested it somewhere else. The “after-tax” notion is important, because if you invest and earn, say, 5% but you’re in a high tax bracket, you could very well end up with less money on a post-tax basis than you would have by putting it toward the mortgage. But if (after taxes) you could earn more on an outside investment, the numbers would tell you that it’s better NOT to pay down the mortgage.

Now we have to throw in the risk factor. Let’s say you could earn more by investing outside the mortgage, but you have to take significant risks to earn it. Well, then the comparison isn’t as clear. True “apples-to-apples” would dictate that you’d need the same guarantees on both investments. That’s hard to do. If your mortgage has 15 years or longer left, it might be a bit easier than if you only have three or four years left on your mortgage. Time can mitigate some risk.

You’ve also got the liquidity factor. If you pay down your mortgage but then someday need that money back, you’d be forced to borrow it from the bank—something that would be difficult to do if the emergency you’re facing involved the loss of a job.

The other component is the emotional side. You may have run all the numbers and found that it’s better for you to not put extra money toward the mortgage. Yet in spite of that, you know in your gut that you’d sleep better at night without that mortgage hanging over your head. In that case, even if the numbers say otherwise, you probably should pay down or pay off the mortgage.

All of this really comes down to both numbers and individual sentiment, and it’s up to you to decide which is more important to you. In general, all things being equal, the fewer debts you have in retirement the better. But everyone’s situation is different, and before you make a move one way or the other, it’s a really good idea to talk to an advisor who can give you both the benefits and the downsides of the two options.

Information presented should not be considered specific tax, legal, or investment advice. You should always seek counsel of the appropriate advisor prior to making any investment decision. All investments are subject to risk including the loss of principal. This material was gathered from sources believed to be reliable, however, its accuracy cannot be guaranteed.

No client or prospective client should assume that the information contained herein (or any component thereof) serves as the receipt of, or a substitute for, personalized advice from Lucia Capital Group, its investment adviser representatives, affiliates or any other investment professional. 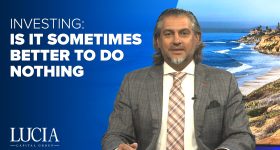 Investing: Is It Sometimes Better to Do Nothing? 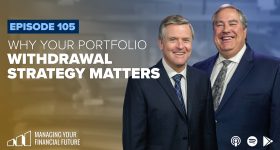 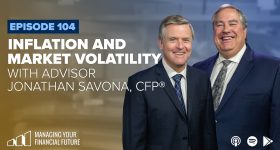 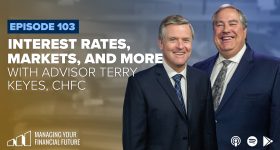